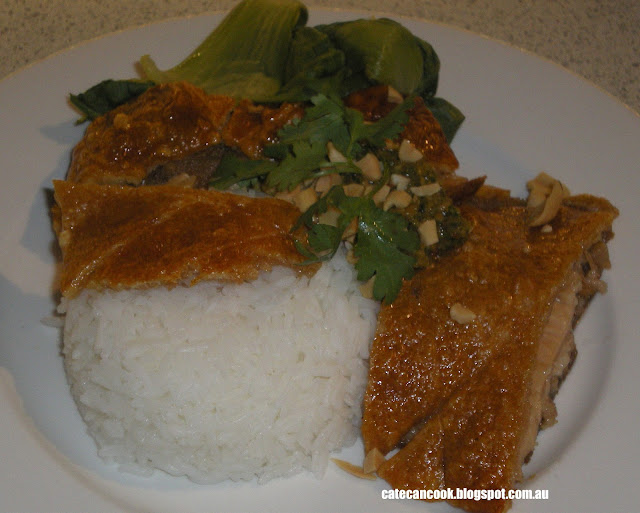 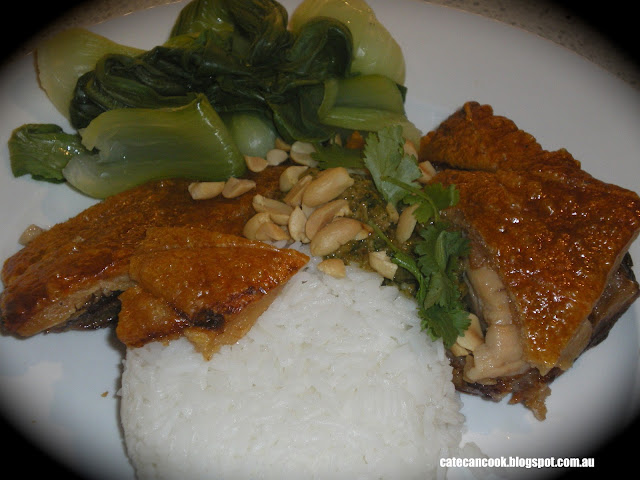 Not great words to hear, as you are rushing to prepare dinner, two hours later than normal, after the day from hell.  The mood that I was in this late in the evening, and before the first glass of wine had had a chance to mellow me out - well my response was - "that's too bad, it's dinner - eat it or not!!!!"

Silently I am hoping that it wasn't going to be as bad as they thought it would be, that it was just the underlying smell (the one that they all dislike) of fish sauce, and that once they got over the smell, and tasted the dish, everything would be fine.

Saying that though, this recipe did have a rather unusual element to it - jasmine tea leaves!!  Now this is when I began doubting myself, and thinking that the way that this day had unfolded, the meal would probably be a disaster too!!!

Given that I was running so late getting this dinner underway, the saving grace of this meal was how incredibly simple, and quick it was to make.

I found the recipe in a little supplemental cook book that came with a Delicious magazine several months ago.  In it was an advertisement for Dilmah Teas - entitled Tea Gastronomy.  The picture below shows the tea bags used in the recipe. 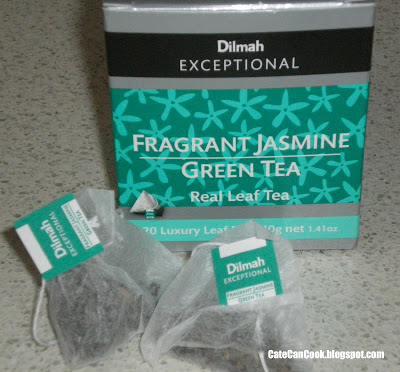 I did make a couple of changes - I will highlight what I have done. 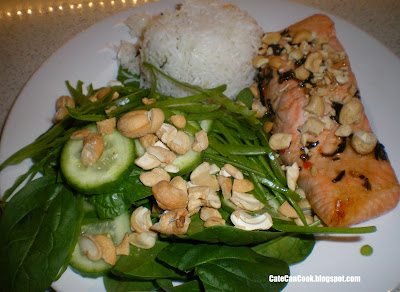 Sesame oil drizzled over the salad.

Tear the teabags open and sprinkle the tea leaves into a frying pan.  Stir in the water, fish sauce, sweet chilli sauce, lime juice, oil and brown sugar.  Bring to the boil over medium high heat.  Simmer for 1 minute. *

Add the salmon and cook each side for 30 seconds.  Transfer the salmon and liquid to a baking dish and bake for 5 minutes, or until cooked to your liking. **

Combine the salad ingredients, drizzle with sesame oil.  Serve with the salmon.  Sprinkle with the chopped cashews. 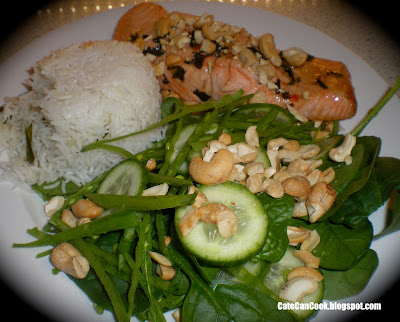 * I actually simmered the liquid for several minutes - I did wonder if I was in fact stewing the tea, but it worked out OK.  I wanted to get the sauce to a little thicker consistency.

I didn't put the liquid with the salmon in the oven - basically because I wasn't reading the recipe correctly.  Cooking for 5 minutes still left the middle of the salmon quite raw, so if you like it cooked through - cook for a few (say 3) minutes longer.  While the salmon was in the oven I left the sauce simmering on the stove top.  When I served the meal, I poured a little of the sauce over the top of the salmon, and served the rest alongside the dish in a little jug.

The end result, after all those exclamations of disgust at the beginning of the cooking??? 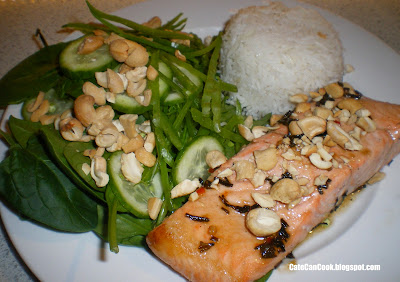 This was a beautiful, light, refreshing, healthy meal!!!  Loved by all who ate it!!!

Definitely one to make again - perhaps I will plug their noses next time!!!

So Dear Readers is there a particular ingredient that you use that people dislike the smell of, but once in the meal all complaints are gone?